skip to main | skip to sidebar

A Second Life for Darwin 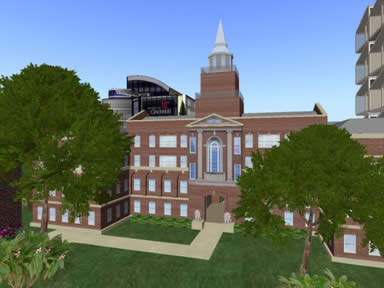 Yes, it had to happen: Charles Darwins’ 1832 journey aboard the Beagle and his Galapagos adventures now exists in the multiplayer videogame Second Life. The University of Cincinnati -- specifically, programmer Chris Collins, aka “Fleep Tuque” in Second Life, and Dr. Ronald W. Millard, a professor of pharmacology and cell biophysics -- unveiled the beta version of the game October 16. Millard also chairs the school’s 2009 Darwin Sesquicentennial Celebration Program and Planning Committee, and he's having the school’s students test -- er, play -- the game until Darwin’s February anniversary. At that point, the game will be opened up to any interested Second Life player. 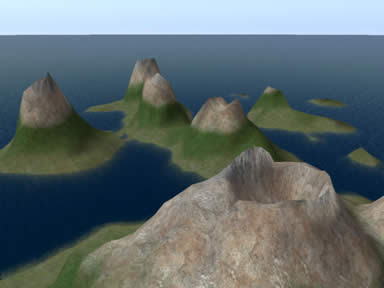 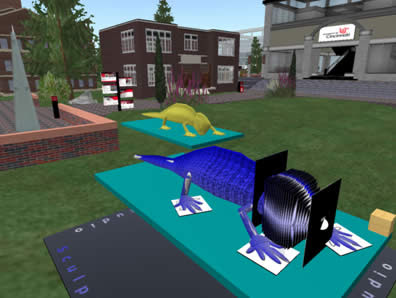 Collins and Millard created the game as an educational tool for students interested in building out Darwin’s journey and seeing indigenous species in their natural, albeit virtual, habitats. They’re also reaching out to scholars and students willing to share their photographs, videos, and materials collected during trips that are based on Darwin’s Beagle journey.

Of course, I cringed -- as I do with all things related to Second Life -- when I first read this story in The Chronicle of Higher Education. However, I do think Millard and Collins are on to something.

Darwin's Lizard: An image pulled from The Voyage of the Beagle. Is this tormented creature the new avatar?

Until now, I had never read the entire Voyage of the Beagle. I had no idea that Darwin was such an entertaining writer, with an endearing streak of naughtiness. I love the scene (390) when wicked Darwin tosses an innocent lizard into the ocean repeatedly. His stated goal: to see what the creature would do. Based on this “research,” Darwin writes that the “reptile has no enemy whatever on shore.” Yeah, well, that was until Mr. Darwin came to town. There’s another scene (393) when Darwin is again tormenting lizards. This time, he’s pulling their tails after watching them burrow into the sand. He writes, in his ever understated fashion, “I then walked up and pulled it by the tail; at this it was greatly astonished, and soon shuffled up to see what was the matter; and then stared at me in the face, as much as to say, ‘What made you pull my tail.’” 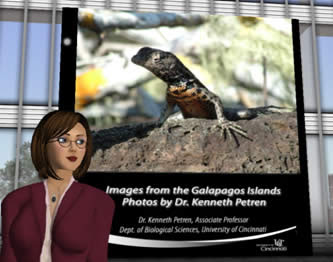 Perhaps, it’s me, but I will always smile when I imagine Darwin pulling the lizard’s tail. Now, I’ll also try to keep it in mind as I read the inevitable press reports of bad behavior in Darwin’s Second Life. I’ll try to remember that he started it all.

Laura Moorhead
Posted by Darwin Evolving at 11:49 AM

For those unable to stomach reading the whole of the Voyage of the Beagle, these wonderful audiobook extracts from Darwin's Beagle Diary are worth listening to.
http://darwin-online.org.uk/BookoftheWeek.html

I find the bit where Darwin contrasts the skin colour of Tahitians and Europeans very amusing ;-)

Also, Librivox have just released a free audiobook recording of the entire Voyage of the Beagle
http://librivox.org/the-voyage-of-the-beagle-by-charles-darwin/